Restaurants in Michigan are back open for in-person dining, and the Wixom DDA is armed with free meals, ready to surprise lucky diners as part of their continued “Wednesdays in Wixom” initiative.

The program, which is in its third year, is a partnership between the Wixom Downtown Development Authority (DDA) and the nine main restaurants in Wixom’s downtown.

Here’s how it works: a different restaurant is chosen each week and patrons are selected at random. Every Wednesday in January and February, a DDA board member will show up to the predetermined restaurant of the week and surprise winners with a card stating that their dinner has been paid for by the Wixom DDA.

Wixom DDA Executive Director Laura Cloutier says the program was started as a way to give back to the community and support the restaurant and hospitality industry in Wixom during what is typically their slowest time of year.

“Last January when we were doing Wednesdays in Wixom the restaurants were packed. It really caught on the second year and people were looking for us. This year we have the restrictions in place, but we’ve been able to adapt and we’re making it work,” Cloutier told The Spinal Column in January. “There are a few restaurants in downtown that do offer outdoor dining. We’ve been able to surprise people in-person. It’s remarkable people coming out on a snowy night to eat outdoors, but they’re doing it.”

“It’s important because if we don’t have a healthy, thriving downtown we don’t have a community. Downtown and main streets are the heart of cities and communities across the country and we need them to survive more than ever.” 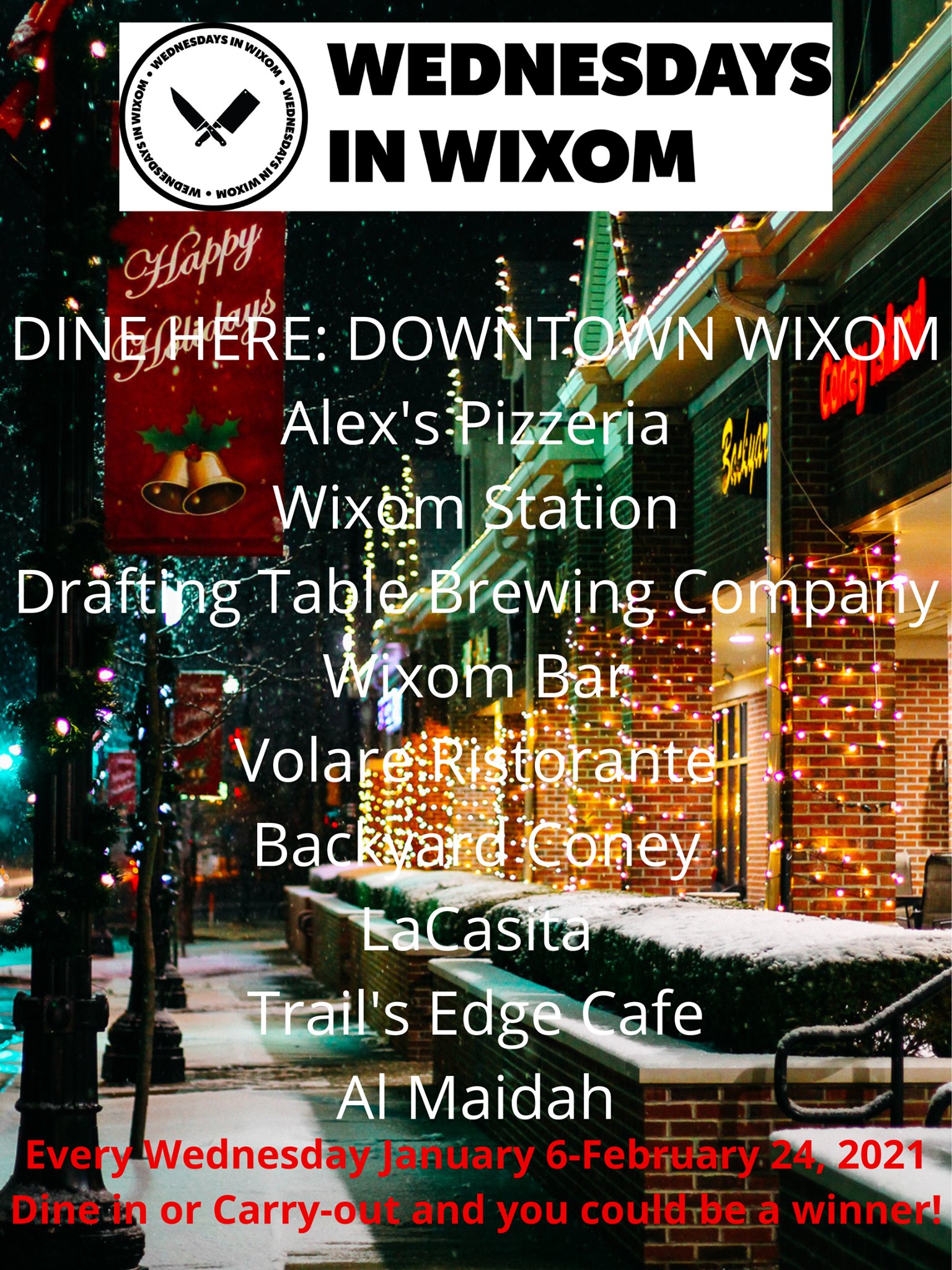 Wednesdays in Wixom is here! Will you be a winner? We can’t wait to see you in Downtown Wixom today! Follow @downtownwixom on Facebook to get clues of where to eat every Wednesday to possibly have your meal for free!

Diners can check the Downtown Wixom Facebook page for updates and clues as to where the DDA team will stop by each week. One week, two restaurants will be chosen. The initiative runs through February 24, dine-in or carryout.

The Wednesdays in Wixom program is funded through the DDA budget. For more information on DDA programs and upcoming events, visit downtownwixom.org.